3 Tips To Stop The Flu From Spreading Throughout Your Office 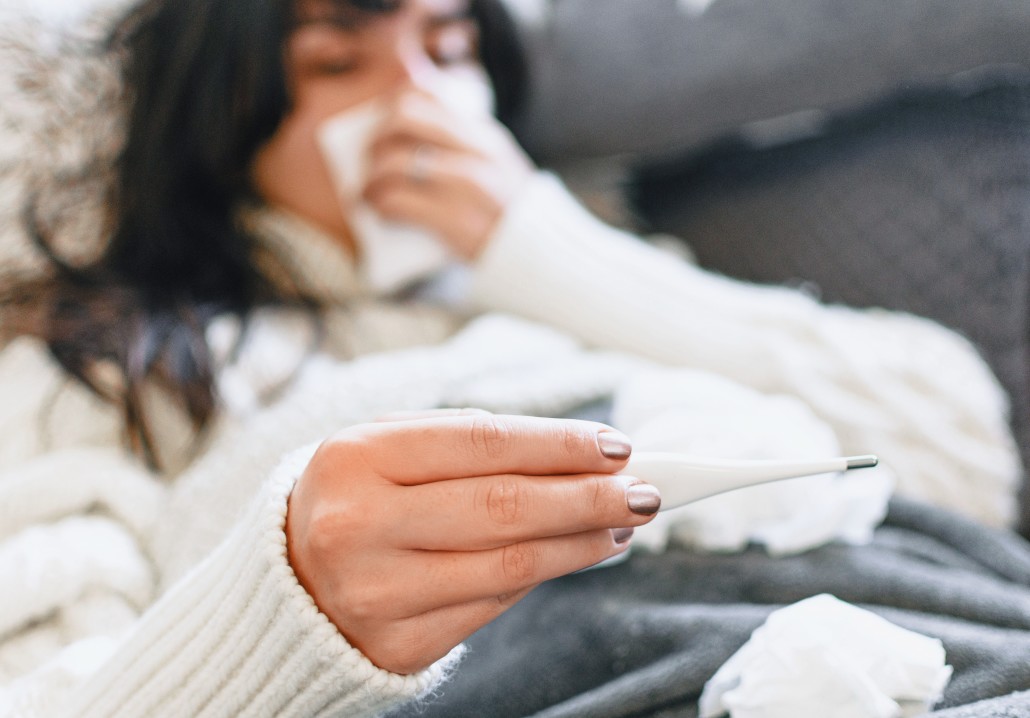 COVID-19 has garnered much of our attention over the last few years. However, other illnesses in this world can cause humans grief too. For instance, influenza viruses are out and about across the United States year-round. It isn’t really until peak flu season, between December and February, when people really begin to get sick. Then, everyone starts to pay attention. That’s because there’s typically nothing nice about the flu. Instead, when individuals get the bug, they experience symptoms that leave them feeling down and fatigued for days or weeks. Some common issues presented by the flu include:

Unfortunately, people can also die because of the flu. The amount varies from year to year. However, research shows that the worst flu season in the past decade killed 61,000 individuals. That should give you an idea of how deadly influenza can be. So, wouldn’t you keep this virus in check at your workplace if you could? The following tips may be able to help you do just that.

Infectious diseases can get out of control in a hurry, spreading from one employee to the next. That’s because employees touch things without washing their hands. Then, others come along, touching the same items, only to become infected themselves. Also, people cough and sneeze. Sometimes, that happens, and folks don’t cover their mouths, sending germs air born. Meanwhile, on other occasions, mouths and noses do get covered. Yet, bugs escape, catching rides on surfaces or the air. So, consider professional deep cleaning and sanitizing to help stop illnesses from spreading.

Obviously, there are flu shots, and they have been around for years. However, scientists usually have to tweak the formulas to ensure the vaccines remain effective. How effective varies, but recent studies reveal that these shots have 40 to 60-percent effectiveness in reducing the risks of flu illnesses. In addition, flu vaccines often prevent deaths. The Centers for Disease Control and Prevention estimates that the shots prevented 7.5-million sicknesses and 6,300 influenza-related casualties in the 2019-2020 flu season.

Encourage Employees To Wash Their Hands

Thanks to COVID-19, if we have learned nothing else over the last few years, it is how important it is for people to wash their hands. And nobody is talking about running your skin under cold water for two seconds and you’re done. Rather, individuals should lather their hands with soap and rinse them in warm water for at least 30-seconds. If you need posters or signs to inform workers of the proper way to wash, look to the CDC for guidance. Its website contains helpful tips for this and other tasks.

There isn’t necessarily one sure-fire way to eliminate the flu threat. However, you can combine various tips like these to do your best to keep the ailment away from your workplace. Hence, adhere to this advice to ensure the next flu season doesn’t put your employees down for the count.

Give First Call 24/7 a call to schedule your infectious disease deep cleaning and sanitizing services today.

Tags: deep cleaning, flu, sanitizing
Previous post Can water damage be fixed Next post 3 Water Leaks That Could Develop Inside Your Florida Business

3 Viruses That Can Cause Business Owners Grief

Are You Worried About Diseases Ravaging Your Workforce?

Our Spring Sale Has Started

You can see how this popup was set up in our step-by-step guide: https://wppopupmaker.com/guides/auto-opening-announcement-popups/

Our Spring Sale Has Started

You can see how this popup was set up in our step-by-step guide: https://wppopupmaker.com/guides/auto-opening-announcement-popups/